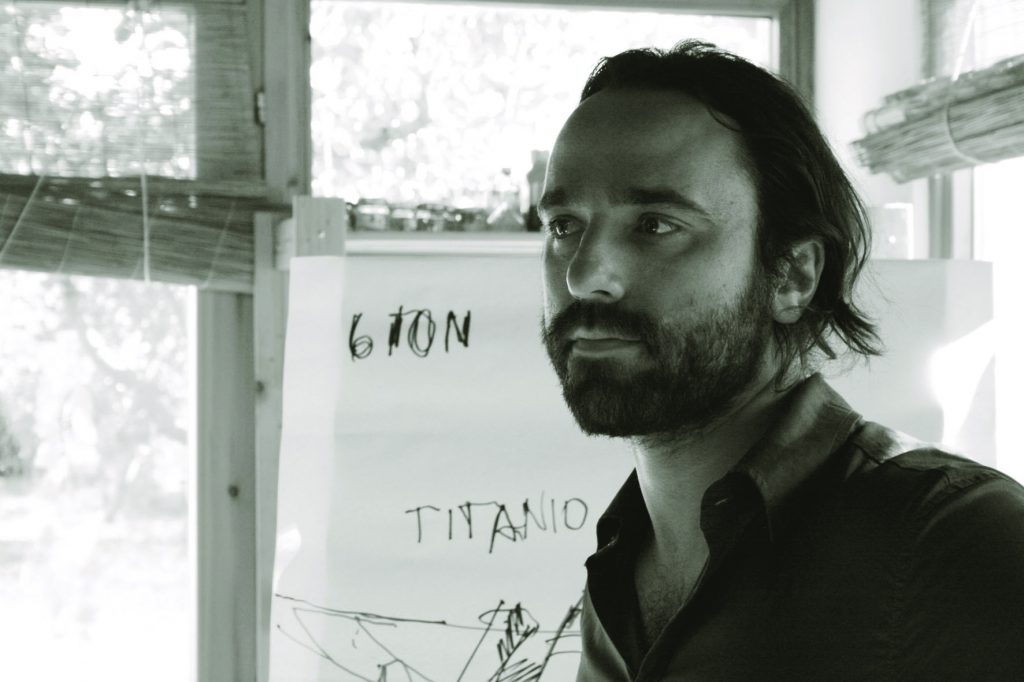 Thomas Torelli is a Rome based director and producer of films and documentaries with particular emphasis on those related to political and social themes. After a long experience as an editor and executive producer, Thomas founded Xtend in 2001, a company operating in the field of production and post-production for film and television, and in 2003, Telemaco.

He has collaborated with different roles at some of the most interesting titles of the independent Italian cinema of recent years such CRAJ by Davide Marengo, awarded the “Lino Miccichè Award” for the Best Opera Prima at the Venice Film Festival 2005 (co-editor); Dall’altra parte della Luna, the first Italian rockumentary, the story of the band Negramaro, presented at the Venice Film Festival 2007 (director of post-production).

In 2006 he served as executive producer and co-author with Giulietto Chiesa on Franco Fracassi and Francesco Trento’s feature documentary ZERO: An Investigation into 9/11, where revealing presentations by Nobel Prize winner Dario Fo and American literary icon Gore Vidal explore the sequence of “contradictions, gaps, and omissions” in the official version of events. The film was presented at the International Film Festival of Rome 2007 and won the Audience Award at the Festival Internacional de Cine Documental de la Ciudad de México in 2008.

As a producer, Thomas has made several documentaries, including Dario Baldi’s Pablo – The poet’s lives, a journey to the memory of a great Chilean poet, Pablo Neruda, presented at the AFI Film Festival of Los Angeles 2005 and the Montreal Film Festival 2006. In 2007, Francesca Nava’s L’altro Messico – Il ritorno del Subcomandante Marcos, donating 50% of the profits to the Zapatista communities. Mario Balsamo’s Sognavo le nuvole colorate, the story of a 9 year old Albanian child who emigrated to Italy on a raft, alone without his parents, presented at the 2008 Locarno Film Festival. In 2009 he produced and directed Sangue e Cemento, the first documentary about the earthquake in Abruzzo, released in theaters and nominated at the Nastri d’Argento for Best Documentary of the Year. In 2011, he co-edited and produced, with the contribution of the Piedmont Film Commission, The Brat Syndrome by Alberto Coletta, a documentary about ADHD.

In 2012 Thomas wrote and directed Another World, which premiered at the 2014 RIFF – Rome Independent Film Festival and the 2014 Phoenix Film Festival to wide public and critical acclaim.

The second project in development is Mater Lagunae – Il racconto di una Regina fragile, a documentary about Venice. The film aims to present the spectacular yet perilous beauty of Venice through refined images. Mater Lagunae is not a documentary of inquiry, we do not want to analyze the causes of the problems and the forces that have driven the city to its current situation nor propose solutions. The main intention is to present its present condition through juxtaposing images of her breathtaking beauty and images of her pains and the violence that she endures. Directed by Thomas and written in collaboration with Sebastiano Vianello and Alberto Toso Fei, the film is being produced by Lucio Scarpa of Kublai Film.