I would like to thank all our eminent and fascinating interviewees for being part of Food Relovution.

It was my great pleasure and honour to meet and interview them for this project (in alphabetical order): 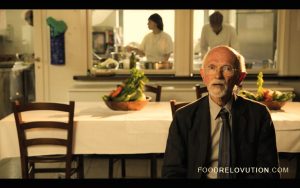 Author of hundreds of scientific publications, he was one of the few Italian researchers called to collaborate in the Food, nutrition, physical activity and the prevention of cancer, published in 2007 by the World Cancer Research Fund. Particularly significant are his projects for the development of the Italian cancer registries (Lombardy Cancer Registry), the European project on the survival of patients with cancer in different countries (Survival of cancer patients in Europe. The EUROCARE study, published by the World Health Organization, CONCORD), and the study on dietary intervention trials for the prevention of breast cancer (DIANA projects), a collaboration between the National Cancer Institute and the European Institute of Oncology in Milan. He is a firm believer in the utility of a “correct” diet to prevent the occurrence of cancer, thesis often illustrated in his books and frequent articles in major Italian newspapers. 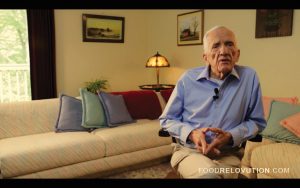 For more than forty years, Dr. T. Colin Campbell has been at the forefront of nutrition research. His legacy, the China Project, is the most comprehensive study of health and nutrition ever conducted. Dr. Campbell is a professor Emeritus at Cornell University and is most well-known for co-authoring the bestselling book The China Study with his son, Thomas Campbell, MD. In addition to his long and outstanding career as an author, scientific researcher, and Cornell professor, Dr. Campbell has been featured in several documentary films. He is the founder of the T. Colin Campbell Center for Nutrition Studies and the online internationally-recognized Plant-Based Nutrition Certificate offered by the T. Colin Campbell Center for Nutrition Studies in partnership with eCornell. He currently serves as the Chairman of the Board.

Campbell has conducted original research both in laboratory experiments and in large-scale human studies; received over 70 grant-years of peer-reviewed research funding (mostly with NIH), has served on several grant review panels of multiple funding agencies, and has authored over 300 research papers. Campbell has served on many national and international expert committees with mandates to develop food and health policy positions and is the recipient of several awards, both in research and in citizenship.

He was trained at Cornell University (M.S., Ph.D.) and MIT (Research Associate) in nutrition, biochemistry and toxicology. T. Colin Campbell spent 10 years on the faculty of Virginia Tech’s Department of Biochemistry and Nutrition before returning to Cornell in 1975 where he presently holds his Endowed Chair as the Jacob Gould Schurman Professor Emeritus of Nutritional Biochemistry in the Division of Nutritional Sciences. 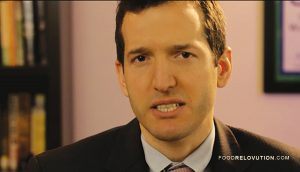 In addition to being medical director of the T. Colin Campbell Center for Nutrition Studies, Dr. Campbell co-founder and clinical director of the University of Rochester Program for Nutrition in Medicine. The UR Program for Nutrition in Medicine is a groundbreaking, clinically-oriented approach to prevention and treatment through diet and lifestyle changes. A board certified family physician, he also sees patients part time in an traditional primary care practice in Rochester, NY.

Thomas is the author of The Campbell Plan, The Simple Way to Lose Weight and Reverse Illness, Using The China Study’s Whole-Food, Plant-Based Diet. This follows on the heels of his co-authoring, with his father T. Colin Campbell, PhD, The China Study, The Most Comprehensive Study of Nutrition Ever Conducted and The Startling Implications for Diet, Weight-Loss, and Long-Term Health. 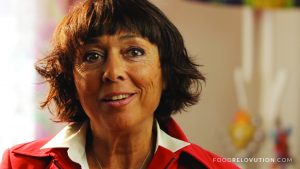 Marilù Mengoni is a Biologist/Nutritionist with degress in Biology from the “Università degli Studi di Siena” and later in Psychology from the “Università degli Studi di Urbino”. She is a council member of A.M.I.K. (Italian Medical Association Kousmine), member of the Scientific Committee of the Italian Vegan Association and professor at the School of Naturopathy CNM in Padova.

In 2006 she coined the label “Psicoalimentazione®” (Psychonutrition), a method which works on the connection between Mind, Body, Soul and focus on our belonging to “Gaia”, the Earth as a Living Being. She has been a guest on diverse TV shows and several magazines have featured her method: For Men, Starbene, F, Confidenze, Cucina Naturale, Crudo Style, Vivere Sostenibile, ELLE. She holds classes and seminars in Italy and abroad. 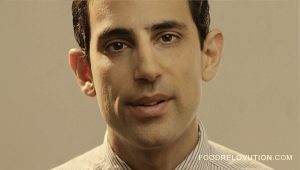 Noam Mohr is a physicist at Queens College with degrees from Yale University and the University of Pennsylvania. He has worked on global warming campaigns for the U.S. Public Interest Research Group and EarthSave International, publishing a number of reports on climate change including A New Global Warming Strategy, Flirting with Disaster, Pumping Up the Price, and Storm Warning. 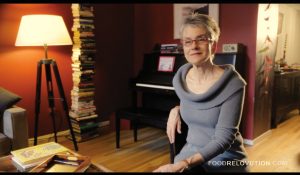 Frances Moore Lappé is the author or co-author of 18 books including the three-million copy Diet for a Small Planet. Frances was named by Gourmet Magazine as one of 25 people (including Thomas Jefferson, Upton Sinclair, and Julia Child), whose work has changed the way America eats. Her most recent work, released in September 2011, is EcoMind: Changing the Way We Think to Create the World We Want, winner of a silver medal from the Independent Publisher Book Awards. Jane Goodall called the book “powerful and inspiring. She is the cofounder of three organizations, including Oakland based think tank Food First and, more recently, the Small Planet Institute which she leads with her daughter Anna Lappé. Frances and her daughter have also cofounded the Small Planet Fund, which channels resources to democratic social movements worldwide.

In 1987 Frances received the Right Livelihood Award (considered an “Alternative Nobel”) “for revealing the political and economic causes of world hunger and how citizens can help to remedy them.” Her first book, Diet for a Small Planet is considered “the blueprint for eating with a small carbon footprint since long before the term was coined,” wrote J.M. Hirsch, Associated Press. In 2008 it was selected as one of 75 Books by Women Whose Words Have Changed the World by members of the Women’s National Book Association in observance of its 75th anniversary. 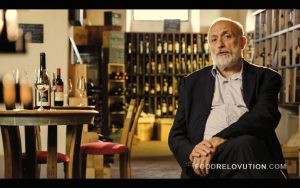 Carlo Petrini, President and Founder of the Slow Food Movement. He began writing about wine and food in 1977, and has contributed to hundreds of Italian periodicals and other publications around the world. In 1983, Petrini was instrumental in creating and developing the Italian non-profit food and wine association, Arcigola.

Growing increasingly frustrated by the industrialization of the food supply and the erosion of quality in the food he saw around him, Petrini began to forge alliances with friends and colleagues in and around the goals of bringing food back to its roots. In 1986 he founded Slow Food as a response to the opening of a McDonalds in Piazza di Spagna in Rome. He was elected president of the organization at its inception and every year since. Today the movement exists in over 50 countries and has over 80,000 members and supporters. Slow Food International is responsible for publishing periodicals, books, and guides that are read in many languages around the world. In 2004, Petrini conceived of a biennial conference called Terra Madre, for which 5,000 small-scale farmers, cooks and food experts gather in Torino to share knowledge and build connections. In addition, every year students from around the globe matriculate at the University of Gastronomic Sciences which Petrini founded in 2004, with campuses in the Italian regions of Piedmont and Emilia-Romagna. 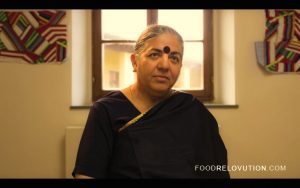 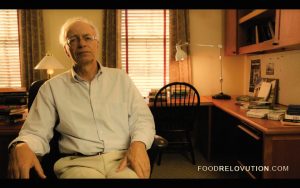 Peter Singer is often described as the world’s most influential living philosopher.  In 2005 Time magazine named him one of the 100 most influential people in the world, and in 2014 he was third on the Gottlieb Duttweiler Institute’s ranking of Global Thought Leaders.  He is known especially for his work on the ethics of our treatment of animals, for his controversial critique of the sanctity of life ethics in bioethics, and for his writing on the obligations of the affluent to aid those living in extreme poverty. He first became well-known internationally after the publication of Animal Liberationin 1975.  In 2011 Time included Animal Liberation on its “All-TIME” list of the 100 best nonfiction books published in English since the magazine began, in 1923.  Singer has written, co-authored, edited or co-edited more than 40 books, including Practical Ethics, The Expanding Circle, How Are We to Live?, Rethinking Life and Death, The Ethics of What We Eat (with Jim Mason), The Life You Can Save, The Point of View of the Universe(with Katarzyna de Lazari-Radek), and, most recently, The Most Good You Can Do. His works have appeared in more than 30 languages. 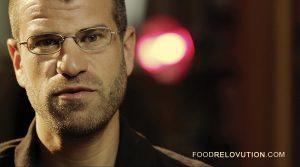 James Wildman holds a Master’s degree in Humane Education from the Institute for Humane Education. He is the Humane Educator for the Animal Rights Foundation of Florida (ARFF). The goal of ARFF’s Humane Education program is to encourage a sense of personal responsibility toward animals and the planet, to empower young people to make conscious, compassionate choices, and to encourage critical thought. Since 2007, Wildman has given his talk “101 Reasons to Go Vegan” to over 50 high schools and universities in South Florida. His YouTube presentation of the same name has garnered over 645.925 views since it was first uploaded.